Skip to content
Bas van Stokkom is a sociologist and author of more than twenty books and hundreds of articles. He is working in the fields of criminology, philosophy and political theory, and his areas of specialization include freedom of speech, deliberative democracy, restorative justice, and punishment ethics. He is research fellow at the Faculty of Law, Radboud University Nijmegen. b.vanstokkom@jur.ru.nl 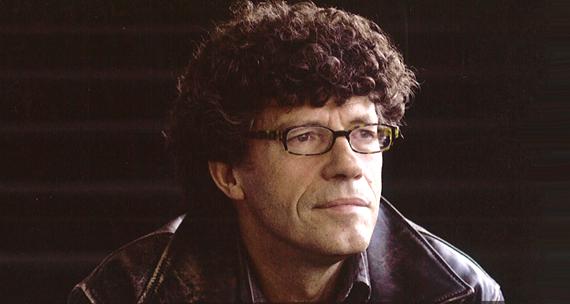 The public good and the reproduction of a civilized society

During my departure from Radboud University in September 2019, colleague Jan Terpstra described my work as a ‘sociology of anger’. That is a proper characterization because strife, conflict and violence have been leading themes since my dissertation on Georges Sorel, author of Réflexions sur la violence (1908). Moreover, sociological approaches to emotions have always had my attention. Yet other accents are possible and an implicit program is hidden behind my publications, a program that focuses on the reproduction and vitalisation of the public good, the res publica that makes a civilized society possible.

In my years as a student, I was affected by the green social criticism of sociologist Ulrich Beck and related authors who highlighted the impoverishment of nature and the depletion of natural resources. I also sympathized with classical sociological thinkers such as Thorstein Veblen. In his Theory of the Leisure Class (1899), he described ‘captains of industry’ as ‘robber barons’: well-to-do looters, eager to showcase their power, property and reputation.

However, especially Hannah Arendt served as a source of inspiration, the philosopher who tirelessly pointed to the importance of political founding: the establishment of a political community – a union of equal citizens – based on a constitution that sets out the rules of peaceful co-existence. She was wary of the popular will and the power of the majority, especially when the symbolism of nationalism reverberated. Only in a politically founded and shared world can conflicts be pacified and can people gain dignity and humanitas. Her res publica theory is built around freedom, resilience and solidarity

Although, in recent decades, many attempts have been made to give a new twist to citizenship and participation, the political wind blows from other angles. Education, care and other public services are all about product management and citizens are taught to behave like an entrepreneur. Self-promotion and a ‘freedom of choice’-doctrine have been declared sacred. In this individualized society ‘taking care of what people share’ seems to be an outdated concept. That entails high costs: where forms of social solidarity have been destroyed, society is burdened with social disruption, mutual distrust, and weakened public morality.

In the 19th century, liberalism still had a humanistic and emancipatory message: undoing ignorance, augmenting sensitivity to injustice, and promoting commitment to the political community. Liberals brought about a peaceful revolution that paved the way for the current system of parliamentary democracy. Moreover, they believed that human beings should develop themselves into responsible citizens. At the time, this ideal was called progressive, now it is called moralistic and meddlesome, thwarting ‘autonomic wishes’. This anti-paternalism has been strategically deployed and nowadays functions as a priori protection of one’s own claims and interests, whether it is gambling, drug use, scandal-mongering, avoiding taxes or getting filthy rich.

Against the background of this selling-out of moral values, my intellectual motives have taken shape. There are three, and I am still guided by those rationales.

Firstly, developing a post-liberal concept of freedom, beyond the adolescent formula ‘keeping interference to a minimum’. Rather, in order to protect and strengthen the public good, it is reasonable to connect freedom with responsible citizenship and a reserved and conscientious approach to nature. In terms of justice, this means upgrading everyone’s duties of care. This is an important condition to curb current forms of capitalism.

Secondly, revising ‘conservative’ concepts such as authority, social order, decency, trustee, and stewardship, so that they fit into a democratic society. The more vital social institutions are, the less we have to fall back on repressive answers ranging from higher fines to hyper-secured urban areas

Thirdly, breathing new life into citizenship and finding out how self-help can be promoted. For example, citizens could put forms of abuse of power in the public spotlight. They could also tackle neighbourhood problems or try to resolve conflicts. It is important that people take on local projects and build mutual trust, far away from (digital) media scandals and poisonous campaigns. Tackling problems together, with a focus on a better future provides social hope. Restorative justice practices are promising in that context: giving victims and offenders the chance to speak out so that their motives and backgrounds become understandable. Victims receive recognition and they might regain their respect and dignity.

A selection of published books